Last Saturday the ninth Secret of Lelystad was on the program: Toms Creek, a household name in Lelystad and the wider area.
The enthusiastic employees had organized two activities especially for the occasion. The first was the mini course 'How should I fish?'. “With this course we wanted to introduce children and adults to fishing in an accessible way”, says owner and namesake Tom Bremer.

After a short explanation about material, bait and food it was time for the real work. Together with experts, the participants went on a fishing adventure and had the opportunity to fish for sturgeon, carp and catfish. Tom: “We actually taught the participants the basics of fishing. So lure a fish, guide it to the side, unhook and put it back in the right way.” A whole new world opened up for the participants during this second part and they became more enthusiastic with every fish caught.
Tom also saw this happen: “You often see a bit of hesitation with beginners with the first fish, especially when unhooking, but once they've done that they can't wait to hook the next fish. to beat. That's always so nice to see!"

In addition to the mini course, there was another activity. This one was especially for Lelystedelingen who didn't want to throw out the rod, but wanted to take a look at Toms Creek. They were shown around the site by Tom, which offers space for no fewer than fifteen fish ponds, cozy terraces and a shop for fishing supplies. And these participants were also enthusiastic. “I'd never been here before and didn't expect it to be this big and so much to do. Every place had something new. It was therefore more of a discovery tour than a guided tour,” said one of them.

Lelystad's next secret
The tenth secret will be revealed next Thursday. An adventurous and educational experience for young and old. Keep the Facebook and Instagram of Lelystad closely. 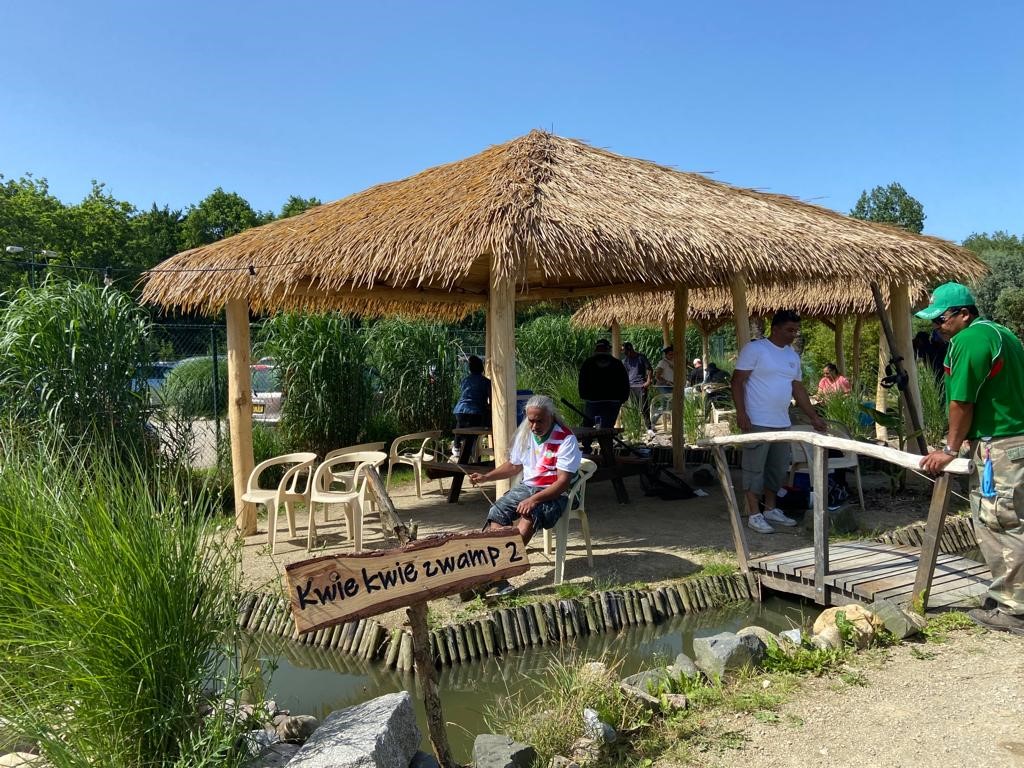